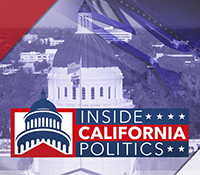 Nexstar Broadcastings will began broadcasting Fox affiliate KTXL-TV Sacramentos weekly public affairs program, Inside California Politics, on all stations across the state on September 13. The program provides local viewers with concentrated coverage of state, local and national issues, with interviews and original reporting.

Since it was launched last February in Sacramento, Inside California Politics has developed a loyal following and provided local viewers with up-to-the-minute reporting and a fresh perspective on national, state, and local political issues, said Tim Busch, president of Nexstar Broadcasting. Expanding this programming to all of the states other major markets is another demonstration of Nexstars commitment to providing innovative and impactful local content to the communities we serve.