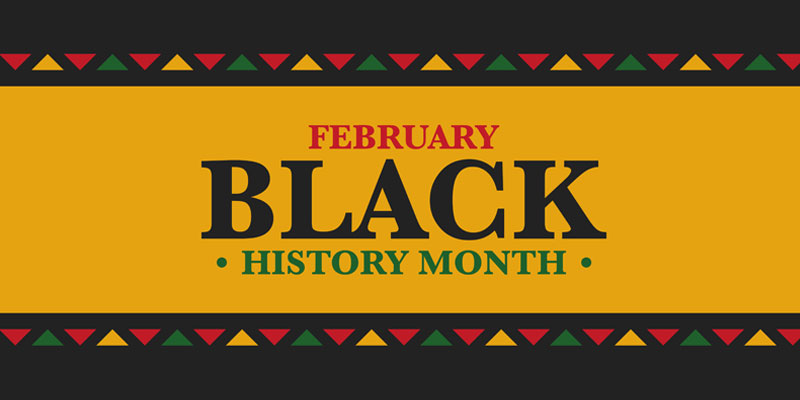 In honor of Black History Month, local radio and television broadcasters across the nation are highlighting the history, culture, people, businesses and issues important to the Black community.

To spotlight the power of Black culture, iHeartMedia launched a month-long, nationwide on-air series this month, including a special scheduled for February 20 with musical performances from hip-hop, R&B and gospel music artists. The campaign highlights hundreds of Black artists, influencers and thought leaders through audio vignettes and tributes on 580 iHeartMedia broadcast radio stations in every format. Stations invite listeners to call in, post and share their experiences and inspirations each week.

The February 20 special event will air on the iHeartRadio YouTube and Facebook pages, the company’s hip-hop, R&B and gospel stations and on the iHeartRadio app and feature performances from Roddy Ricch, 21 Savage, Jhené Aiko, Kirk Franklin and other music artists in a powerful audio and visual celebration of the Black experience.

“Black culture is American culture and this past year especially has resulted in much needed and long overdue conversations about the role of race in America,” said Executive Vice President of Urban/Hip-hop Programming Strategy for iHeartMedia Doc Wynter. “‘iHeartRadio’s Living Black!’ will use iHeartMedia’s unparalleled reach to help shape these conversations and celebrate Black culture at scale – reaching hundreds of millions of listeners on iHeartMedia stations across all of our formats.”

ABC-owned WLS-TV Chicago, Ill., is celebrating Black History Month with special news, programming and vignettes, and newly named Race and Culture Reporter Will Jones is contributing to news reports and a half-hour special, "Our Chicago: Black Voices of Change." Jones’ reports for ABC 7 Eyewitness News will cover hidden or overlooked stories in the Black community and other news reports will shine a light on race and equity as it relates to disparities in health, business opportunities, education and justice. Additionally, a series of vignettes will discuss the impact of COVID-19, the Black Lives Matter movement and the South Shore Drill team.

Hearst Television’s CBS affiliate WLKY-TV Louisville, Ky., is participating in “Project CommUNITY: History & Hope,” an effort to give voice to the experiences of Black seniors by uniting them with young Black journalists for probing, in-depth interviews and conversations exploring the state of race in America. The project features 28 stories, one for each day of Black History Month, with each of the company’s television stations producing at least one story for the project. WLKY will showcase a conversation between morning Anchor Caray Grace and Reverend Charles Elliott, as well as a profile of civil rights activist Mattie Jones by weekend morning Anchor Marvis Herring.

“In addition to the perspective ‘Project CommUNITY: History & Hope’ will provide viewers across Greater Louisville, WLKY is proud to continue our tradition of celebrating Black trailblazers who have worked to transform our communities,” said Glenn Haygood, WLKY president and general manager. “This year, WLKY is showcasing the strength of the spoken word by partnering with local author and poet, Hannah Drake, whose thought provoking poem “Dawn” imagines a world of transformation and unity.”

Hearst Television’s ABC affiliate KHBS Fort Smith and CW affiliate KHOG-TV Fayetteville, Ark., featured two virtual events on February 1 held at the University of Arkansas and University of Arkansas-Fort Smith (UAF) in honor of Black History Month. Rodney Roberts, as part of The Innocence Project, spoke to 50 UAF students over Zoom about his story of being wrongfully convicted for a crime he did not commit, an experience that many people of color nationwide have dealt with for years. On the other campus, the Tanzanite Zuzu African Acrobats gave an online dance performance. Both events were intended to spark conversation about acceptance and understanding of a culture and history that may be different to many in the community, and to continue the conversation past the month of February.

ABC-owned WABC-TV New York will air content focused on Black History Month almost daily on air and online via their website. Programming highlights include pieces on the importance of understanding Black history as American history, pandemic frontline workers, vaccine concerns, the Schomburg Center for Research in Black Culture and the next generation of leaders and activists. WABC’s “Here and Now,” an hour-long program dedicated to issues of interest to the Black community airing Sundays at noon, has aired an archive of past stories.

Graham Media Group’s WJXT and CW affiliate WCWJ Jacksonville, Fla., will honor Black History Month with special programming highlighting Black culture and the achievements of Black Americans. On WJXT, River City Live Host Eden Kendall will sit down with News4JAX anchors and reporters who have made the decision to wear their hair in a natural or protective style. The series, “Passing the Crown,” will explain how The Crown Act, or Creating a Respectful and Open World for Natural Hair, works to make it illegal to discriminate against someone due to the way they wear their hair.

Each day in February, WCWJ will air a short vignette, profiling a moment or person from Jacksonville who played a significant role in African American history. On February 7, WCWJ will air “What About Me,” featuring the voices and perspectives of African American men beyond the limiting image of entertainers, athletes and criminals. The month caps off with a two-part documentary airing February 21 and 28 titled “For Love of Liberty: The Story of America’s Black Patriots,” that salutes the contributions of African American men and women throughout our nation’s history. Hosted by Halle Barry, the documentary features the voices of Morgan Freeman, Lou Gossett Jr. and more.

Nexstar Media Group’s CBS affiliate WNCN Goldsboro, N.C., profiled two local women on February 3 who are making a difference in education as part of their Black History Month programming. In 2018, Devin Warmack and Dr. Sasha Crocker started a company called Teach It! Education Consulting Group, and their mission is to guide schools, educators and parents in creating learning environments that support equity in education by putting systems in place that ensure success of all students.

After noticing the inequities and lack of resources in their experiences at schools as instructional facilitators, an issue in education that dates back to the discriminatory practice of redlining, they now offer through Teach It! tailor-made support, one-to-one coaching, faculty team building and equity training among other services, despite a lack of school resources. With a focus on student achievement, they hope to expand across the country. “For us that’s where our heart is, the students and getting them what they need and what they deserve,” said Dr. Crocker. “We’re going to do what we can do, one school at a time, one teacher at a time, to help the students that we know definitely need this help,” Warmack said.