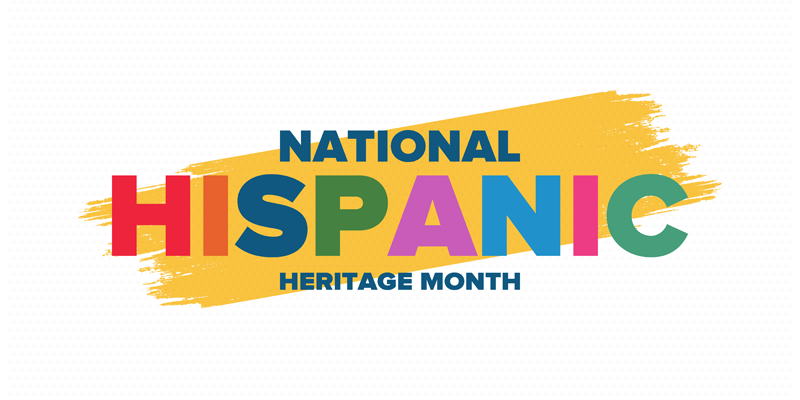 Here are just a few examples of how local stations are delivering important information for their communities that honors cultural heritage and amplifies the voices of the diverse audiences they serve.

Telemundo and NBCUniversal joined forces to commemorate Hispanic Heritage Month and launched their first ever bilingual campaign, “Come With Us.” Developed by Telemundo, the initiative is running across the entire NBCUniversal portfolio. It is accompanied by special programming and digital elements designed to reach audiences across all platforms in English and Spanish, recognize the culture and contributions of generations of Hispanics and highlight individuals who have enriched the United States through their achievements. "With this initiative, Telemundo and NBCUniversal are leading the way with a timely, inclusive and enriching message carrying Hispanics' legacy and culture across all NBCUniversal networks and inviting all audiences to share in the experiences of our diverse community," said Mónica Gil, chief administrative and marketing officer, NBCUniversal Telemundo Enterprises.

Univision Communications Inc. commemorated Hispanic Heritage Month with a multiplatform campaign, “Unidos Somos Uno,” that celebrated the extraordinary values, achievements and contributions of Latinos in America. Univision showcased the beauty of the Hispanic experience with stories, leaders and personalities in original segments, spots and vignettes on its flagship shows, the inaugural Hispanic Heritage Month resource guide on its website, as well as content across its digital, social, sports and music platforms. Univision also hosted various community events and aired special coverage across the country throughout September and October. “As the leading Hispanic network in the country, we are proud to lead with culture and celebrate the richness of our community for Hispanic Heritage Month. Our longstanding commitment to informing, empowering and entertaining Hispanic America is at the heart of everything we do,” said Jessica Rodriguez, chief Brand and Impact officer, Univision Communications.

Hearst Television’s ABC affiliate KMBC 9 News Kansas City, Mo., profiled Paul Rojas in September, the first Latino elected to state office in Missouri and a community leader who mobilized Latinos to vote and run for office. Rojas, whose father came to the United States from Mexico, joined the Navy as a teenager and served during the Korean War. He later became politically active, helping to form a political organization that worked to increase Hispanic representation and was elected to the Missouri statehouse in 1972. Despite positives changes and progress, Rojas said that discrimination persists and at 87 years old is still active with the historic Guadalupe Centers organization, providing education and services to the Hispanic community in Kansas City.

E.W. Scripps Company’s NBC26 Green Bay, Wis., introduced viewers to Milly Gonzales, executive director of HELP of Door County, who helps provide the community with programs and resources for domestic abuse victims. "My mission is to make sure that I am advocating for victims of domestic violence, that I am advocating for those that are most marginalized in the community and my culture," said Gonzales. Gonzales credits her ability to speak her mind and passionately advocate for those in need to her family and upbringing, as her mother is a political asylum refugee from El Salvador. “I think especially as a Latina, we’re born to advocate, you know being able to serve people within our family, especially as a first-generation American, knowing that that’s something that I feel I was always gifted with and the reason why I advocate is because my mother, my grandmother and my tías have always advocated for me, for us and for our community,” said Gonzales.

KYTX Shines a Light on Spanish Communication Program for Parents

TEGNA’s CBS19 serving Tyler and Longview, Texas, shined a light on a program enacted by the Longview Independent School District to expand communication with Spanish-speaking parents. Communication Coordinator Francisco Rojas and the communication team spearheaded a Spanish language radio show that helps Spanish-speaking parents stay up to date on important district information. “Through the radio show, we provide family support topics or parenting topics. We provide information on what is going on in the school district," said Rojas.

iHeartMedia honored Hispanic Heritage Month with a hand-picked collection of My Cultura podcast series and shows to educate, inspire and share stories about the impact and importance of Hispanic and Latinx communities. The special episodes featured celebrities and activists like Eva Longoria, Wilmer Valderrama and Amara La Negra as they shared stories spotlighting inclusivity, representation and the beauty of Hispanic and Latinx culture. The month-long celebration will be capped off with the annual iHeartRadio Fiesta Latina on October 16, a celebration of Latin culture and music featuring a performance from artist J Balvin.