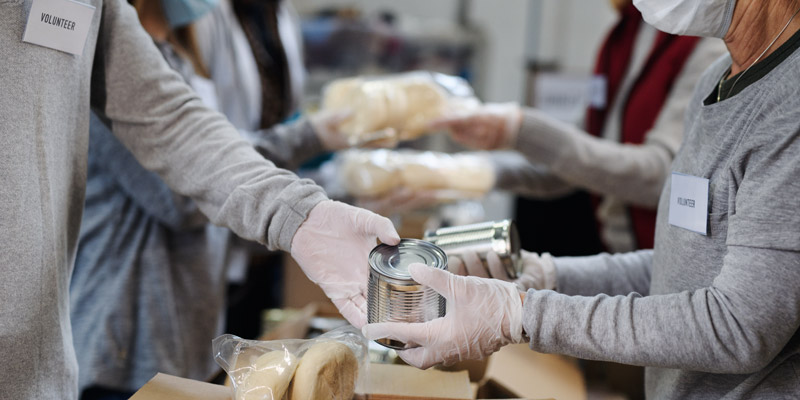 It is a season of giving thanks and giving back. As we approach the Thanksgiving holiday, local television and radio broadcasters are holding food drives for those in their communities, promoting local charities and informing listeners and viewers about issues impacting them this holiday season.

Here are a few examples of how local broadcasters are helping to care for those in need.

Neuhoff Media’s WSOY Decatur, Ill., held their 20th annual Community Food Drive on October 8 and raised $1,546,426 after a 12-hour broadcast. This equates to 8,134,201 pounds of food thanks to purchasing power through the Central Illinois Food Bank. As a safety precaution due to COVID-19, the food drive only accepted monetary donations this year. With its community partners, the food drive was also able to provide cash prizes to the top five schools that raised the most money.

Connoisseur Media’s WEBE108 Westport, Conn., held a food drive on November 16 to benefit the Bridgeport Rescue Mission. The station’s DJs were there to help collect canned goods, non-perishable food items and cash from 10 a.m. to 7 p.m., and online donations were also accepted. The station also encouraged local businesses to collect food and offered to pick up donations at offices.

Nexstar Media Group’s FOX2Now St. Louis, Mo., examined possible supply chain issues affecting Thanksgiving turkeys. While some have seen empty store shelves, major grocers in the area expect to have enough turkeys this year. “The turkey supply at Schnucks is good. In fact, we have more turkeys in stock this year than we had in 2020. We currently have turkeys in stock and ready for customers,” said Paul Simon, Schnucks spokesman. However, consumers might be affected by other issues unrelated to the turkeys, such as delays with food packaging materials.

Audacy’s KS107.5 Lakewood, Colo., hosted the 18th annual Thanksgiving Food Drive on November 19 benefitting We Don’t Waste. One in three people in Colorado experience food insecurity and We Don't Waste works to reduce hunger and food waste in the Denver area by recovering quality, unused food from the food industry and delivering it to nonprofit partners such as food pantries, soup kitchens, shelters and schools. Listeners were encouraged to stop by the Sam’s Club in Thornton to donate canned goods and non-perishable food items or send financial donations directly to We Don’t Waste.

TEGNA’s News19 Columbia, S.C., profiled a local couple on November 13 who spread joy and provided food for residents in Columbia by hosting a free pre-Thanksgiving event. Marilyn and Kenneth Webb held the event for the third year in a row and expected to feed around 300 families. They gave out food such as collard greens, macaroni and cheese, ham, turkey and green beans as well as gift bags that included toothbrushes, toothpaste, masks and hand sanitizers.