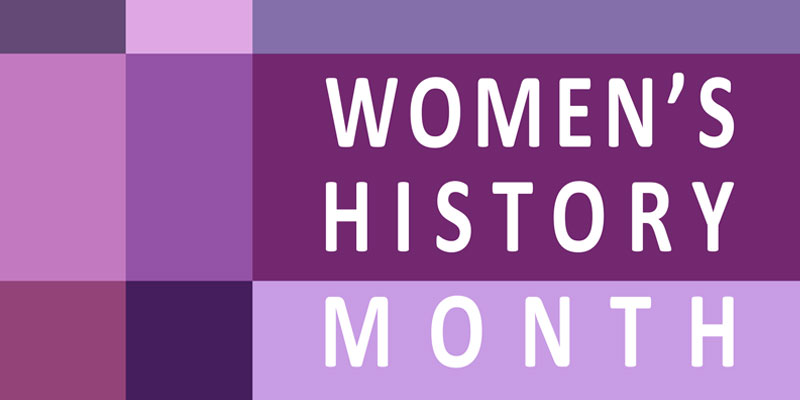 In honor of Women’s History Month in March, local television and radio stations across the country amplified stories about women’s valuable contributions to their local communities and our nation’s history. Here are a few examples of how stations recognized the impact of women on our society.

Nexstar Media Group’s ABC affiliate WVNY Burlington, Vt., highlighted four local women throughout March who inspire, lead and forge the way for other women as part of Nexstar’s “Remarkable Women” nationwide initiative to honor the influence that women have had on public policy, social progress and the quality of life. Each station in the company’s local markets will choose a winner, and Nexstar will donate $1,000 to a nonprofit of her choice. The market winners will be honored on a national telecast on April 10, and one woman will be announced as the “Nexstar Woman of the Year” during the broadcast. The Nexstar Charitable Foundation will make a $5,000 contribution on behalf of the “Nexstar Woman of the Year” to the nonprofit organization of her choice.

Hearst Television’s NBC affiliate WBAL-TV Baltimore, Md., posted an editorial on its website from Dan Joerres, president and general manager of the station, honoring women in Maryland who have made history and are “making history as we speak” by fighting the COVID-19 pandemic as healthcare workers, pharmacists, community organizers and more. He highlighted former Sen. Barbara Mikulski, Maryland National Guard Brig. Gen. Janeen Birckhead and Bea Gaddy, who was a Baltimore city council member and leading advocate for the poor and homeless and thanked the women whose efforts have not only changed lives but saved a few along the way.

In honor of “International Women’s Day” on March 8, iHeartMedia and SeeHer, an initiative that aims to eliminate gender bias in marketing, advertising, media and entertainment, launched “iHeartRadio Presents SeeHer Hear Her: Celebrating Women in Music.” The initiative is intended to place gender equality center stage. Beginning March 1, iHeartMedia’s 600 broadcast stations in every format, social media platforms and podcasts counted down to International Women’s Day, culminating in women taking over the mic on popular iHeartMedia radio shows and podcasts to have conversations about equality, inclusion and inspiration. A live, one-hour special streamed that night on iHeartRadio’s YouTube and Facebook pages, featuring interviews with female artists Cardi B, Gwen Stefani and Kelsea Ballerini.

CBS Television Stations’ WLNY-TV Riverhead, N.Y., reported on March 8 on women’s role in the New York Police Department (NYPD). Reporter Ali Bauman discussed with several high-ranking members of the NYPD the efforts to bring more women into the department. Currently, just 19% of officers are women and when asked why that number is not higher, Police Commissioner Dermot Shea said, “I think home life comes into it. I think, historically, this is a male-dominated profession. I think that is changing significantly.” Last year, Juanita Holmes became the highest-ranked woman in NYPD history with her promotion to chief of patrol, but there needs to be more female representation in mid-level ranks and top roles. The NYPD just signed a “30 by 30” pledge to increase representation of women to 30% by the year 2030, and nearly one-third of the newest police class are women.

ABC Owned Television Stations aired a five-part docuseries, “Our America: Women Forward,” in daily newscasts across its eight stations beginning March 8, known as “International Women’s Day,” through March 12. The series culminated in a one-hour documentary that aired the weekend of March 13. The second installment of its “Our America” series celebrated women across the country and shared their stories of perseverance, hope and triumph over obstacles and barriers rooted in sexism. The documentary, narrated by talk show host Tamron Hall, highlighted the stories and voices of women through superheroine themes, such as “The Trailblazer,” “The Gamechanger” and “The Everyday Heroes.”