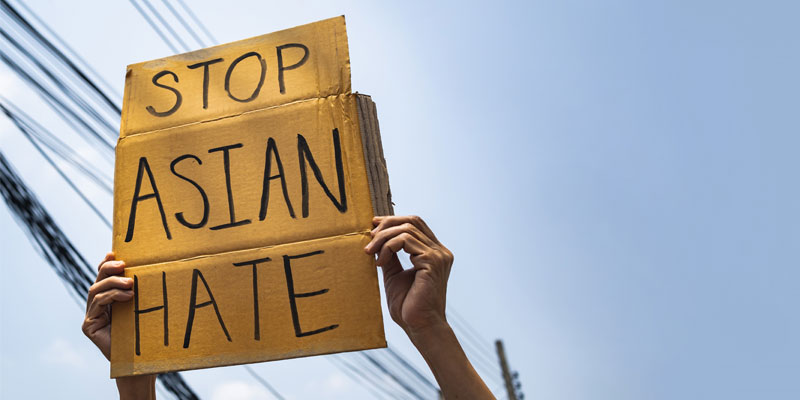 Since the beginning of the COVID-19 pandemic last year, there has been a disturbing and dramatic increase in anti-Asian American rhetoric and acts of violence across the country. For many in the Asian American Pacific Islander (AAPI) community, the recent uptick in overt aggression was just the latest in a long history of racism and discrimination in America. Following the March 16 killings of eight people, including six Asian women, in Atlanta, Ga., local television and radio broadcasters shined a light on the collective mourning for the victims and educated viewers and listeners on the issues facing the AAPI community.

In the aftermath of the March 16 killings in Atlanta, Fox’s WAGA-TV reporter Janice Yu and CBS’s WFOR-TV Miami, Fla., weekend anchor Frances Wang teamed up to produce a video guide to teach fellow journalists how to properly pronounce the victims’ names. The video was posted to the Association of Asian American Journalists’ website on March 19 after Yu reflected on her own experience growing up Asian American and subsequently changed her first name after teachers often mispronounced her Korean name. The video pronunciation guide “just takes that extra step to show that this person matters rather than just stumbling our way through it,” Yu explained.

Hearst Television’s ABC affiliate WMTW Poland Spring, Maine, highlighted on March 27 a rally against anti-Asian hate that drew over 200 people to the Portland City Hall. The “Rally for Multicultural Solidarity” included speakers who shared their painful experiences and explained that racism towards Asian Americans existed long before the COVID-19 pandemic. The event also celebrated the solidarity of neighbors taking a stand against racism. Marpheen Chann, a member of Portland’s Planning Board and president of the Cambodian Community Association of Maine, said, “We have seen the face of hatred and bigotry and white supremacy again and again and again and it has met its match when Blacks, Jews, Asians, Christians, Muslims and people of all different races, faiths and cultures and creeds came together in solidarity to stand up, to speak up and to show up.”

Audacy’s WINS-AM New York, N.Y., produced an episode of their “In Depth” podcast on March 26 titled “Stopping Anti-Asian Hate.” To discuss the growing trend this past year of incidents of violence and hate against the Asian community in New York City and how local politicians, organizations and law enforcement are taking steps to stop the attacks, reporter Al Jones spoke with New York State Senator John Liu and Carmelyn P. Malalis, the chair and commissioner for the New York City Commission on Human Rights. “It’s a problem that legislation and government in general must act on…this is a problem that has to be dealt with at the root of it, and that is that Asian Americans need to be better understood by government in general,” said Liu, adding that Asian Americans are often overlooked as members of communities of color and have to deal with the “model minority” myth that implies Asian Americans are doing better than other minority groups and don’t need any help.

Morgan Murphy Media’s ABC affiliate KXLY-TV Spokane, Wash., aired a report on March 20 about how the Spokane AAPI community was mourning and remembering the lives lost in the Atlanta shootings earlier that week. Spokane’s United We Stand local group held a vigil to honor the victims and ask for unity and understanding in the fight against racism. A California State University report shows anti-Asian hate crimes increased nearly 150 percent from 2019 to 2020, and local activists described their own experiences and the importance of speaking up and speaking out against racism and discrimination.

On March 10, NBC News aired a special report, “The Racism Virus,” focused on the concerning rise in anti-Asian violence during the pandemic, the fear within the Asian American community for their safety and wellbeing and solutions to racism and xenophobia. Stop AAPI Hate, an organization that tracks and responds to incidents of hate, violence and discrimination, recorded over 2,800 firsthand accounts of anti-Asian incidents between March 2020 and December 2020. Hosted by NBC News Investigative and Consumer correspondent Vicky Nguyen, the one-hour special discussed how the community is coping and rising up to protect each other, conversations taking place in Asian American homes, the effect on mental health and the financial impact, and how the Asian American community can move forward with a stronger sense of belonging and unity. Special guests included Rep. Judy Chu (CA-27), basketball star Jeremy Lin, actors Olivia Munn and Brian Tee and Nobel Prize nominee and activist Amanda Nguyen.

On April 8, Nexstar Media Group’s Fox affiliate KSWB-TV San Diego, Calif., highlighted the first of a series of virtual forums with law enforcement and Asian Pacific Islander community leaders to address anti-Asian hate. The Asian Pacific Islander Initiative helped organize the virtual forum due to concern over the rise in anti-Asian hate crimes and partly in response to an attack in February on an elderly Asian woman on the trolley as she was on her way home downtown. The forum with local police and the district attorney aimed to help San Diegans understand what constitutes a hate crime and looked at whether policies should change.