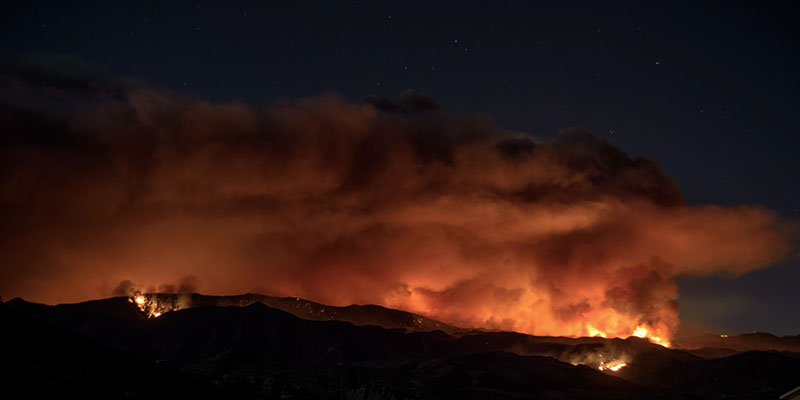 These are just two of the dozens of broadcast stations providing life-saving information to California communities during this summer’s record-breaking wildfire season. To help keep residents informed as fires burned homes and businesses, broadcasters have worked nonstop. They’ve left their families as they evacuated, worked long, grueling hours and put their own safety at risk, to help their friends and neighbors stay safe.

“Because of you and the staff of KHSL Channel 12, my family received the most accurate updated information that saved their lives, one viewer in Redding, California wrote, “While danger is at the feet of your reporters and staff, they hold their ground to protect all of us with up to date announcements.”

The Carr fire started on July 23 and has so far destroyed more than 1,000 houses in Redding and burned 167,000 acres, as of August 7. As firefighters work to contain it, they are also battling 16 other fires in the California, including the Mendocino Complex Fire, the largest fire in the state’s history.

The KRCR team didn’t stop reporting – even after the fire forced them to evacuate their station. News Channel 7 continued to provide viewers vital information through its website and social media accounts. Local reporters continued to file stories from the field, while anchors at KRCR’s sister station in Eureka, KAEF Channel 23, provided support.

“During crises like the Carr Fire, people turn to their local news to get the information they need,” said Teansie Garfield, general manager of KRCR.

Even as firefighters continue to battle the blazes, broadcasters are working with local relief organizations to raise funds. As of August 8, California’s broadcast stations have raised more than $1 million to support fire victims.

KRCR raised more than $300,000 for the Salvation Army. Sacramento’s KCRA Channel 3 and KQCA channel 58, both owned by Hearst, partnered with the Gold Country Region Chapter of the American Red Cross for a day-long telethon, that that raised more than $700,000.

“As our viewers watch these tragic images, they want to know how they can help,” said Lori Waldon, KCRA’s news director, to TVNewsCheck. ”Our telethon provided an important way for our viewers to help in a direct and meaningful way.”