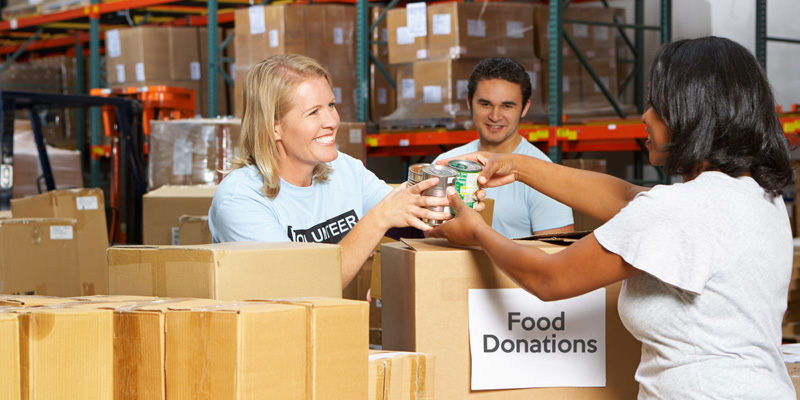 Local radio and television stations across the country are playing a leading role in ensuring the most vulnerable members of their communities don’t go hungry as the nation grapples with the COVID-19 pandemic. Stations are raising money and collecting goods for food banks nationwide to support the needs of their listeners and viewers during the ongoing crisis.

Houston’s KPRC-TV is joining Houston Astros third baseman Alex Bregman and his Alex’s Army effort to raise $2 million to help feed Houston-area residents during the COVID-19 crisis. The FEEDHOU campaign, which encourages donations and volunteering, began airing the week of April 20 across KPRC 2 and MeTV Houston airwaves and all digital platforms. Proceeds raised will benefit the Houston Food Bank, a nonprofit committed to feeding the hungry in the Houston area.

WTAE Pittsburgh raised $1.2 million, the equivalent of more than 6 million meals, during their Project Community: Day of Giving virtual fundraiser on April 15 for the Greater Pittsburgh area. It was the largest single day fundraiser in the station’s 62-year history.

“Local broadcasters have the unique ability to respond quickly and reach the masses in a time of crisis,” said General Manager Charles W. Wolfertz III. “We are proud we could be of service to our neighbors and our partners at the Greater Pittsburgh Community Food Bank, when they need it most.”

“I am surprised by the magnitude of this response and overjoyed by KCCI’s willingness to tell the story on behalf of food insecure Iowans,” said Michelle Book, president and CEO, Food Bank of Iowa.

WXIX-TV is partnering with Kroger for "The Heart of Cincinnati Virtual Food Drive" to benefit the Freestore Foodbank and help area families affected by the COVID-19 pandemic. The month-long food drive began on April 10. As of April 20, the food drive had raised more than $72,000.

New Hampshire’s WMUR-TV and iHeartRadio Raise Over $760,000 for Food Bank

WMUR-TV and iHeartRadio joined forces to produce a one-hour broadcast and live stream on April 17 to raise funds for the New Hampshire Food Bank. The “Project Community: NH Together From Home” initiative featured celebrities with New Hampshire ties, including Adam Sandler, Seth Meyers and Tom Bergeron. As of April 20, more than $760,000 had been raised.

“This fundraiser was a perfect New Hampshire collaboration between TV and radio, celebrities, musicians, athletes and of course the people of New Hampshire who understood the need and contributed,” said WMUR-TV President and General Manager Jeff Bartlett.

Three Denver radio stations – KYGO-FM, KOSI-FM and KKFM partnered with KUSA-TV to encourage their audiences to donate online to raise money for the Food Bank of the Rockies. The Church of Jesus Christ of Latter-day Saints Foundation pledged to match the first $10,000 in donations. Every dollar donated helps Food Bank of the Rockies provide four meals to families with children in Denver.

In late March, Atlanta radio stations WSB-FM/WSB-AM, WSRV and WALR hosted a virtual food drive benefiting the Atlanta Community Food Bank as part of the Stronger Together ATL campaign. Donations will benefit children, families and seniors during the COVID-19 crisis.

Throughout the month of March, Portland’s KGW hosted the KGW Great Food Drive, a major public service campaign that addresses hunger issues in communities throughout Oregon and Southwest Washington. The goal was to collect enough food and cash to provide more than 1 million pounds of food for local area residents.

KGW was joined by Bob’s Red Mill, Rivermark Community Credit Union and local Toyota dealers, who helped supply the Oregon Food Bank Network with essential foods to be distributed to its network of 21 regional food banks and 1,200 food assistance sites across Oregon and Clark County, Wash.

Radio and television broadcasters throughout Illinois have joined forces to feed the hungry and address food bank shortages in the wake of the COVID-19 pandemic. In partnership with Feeding Illinois and the Illinois Broadcasters Association (IBA), the broadcasters are encouraging their viewers and listeners to contribute monetary donations to bolster dwindling food supplies at area food banks.

Illinois’ Children’s Healthcare Foundation and Conagra are supporting the hunger drive with matching funds for Illinois’ eight food banks. The challenge had already exceeded the $1 million goal by early April.

Your local broadcasters are on the front lines providing critical, lifesaving support to their communities, even as they struggle from a steep decline in advertising revenue. Read more stories about broadcasters’ public service at BroadcastPublicService.org.