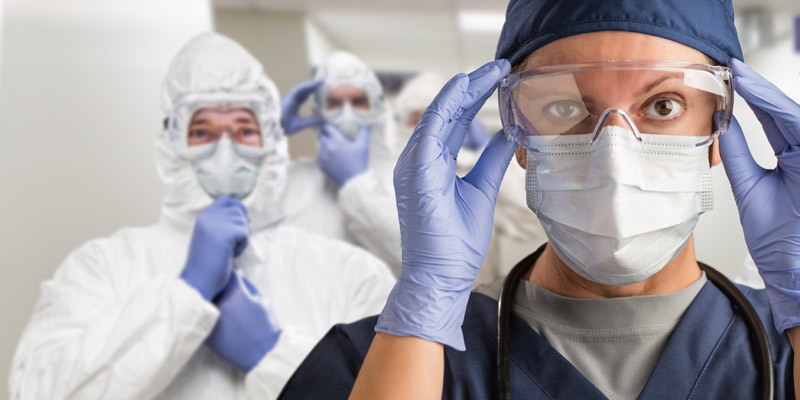 Local broadcasters across the country have played a leading role in honoring healthcare professionals and other frontline workers during the COVID-19 crisis. Television and radio stations are airing profiles, raising money and bringing awareness to the essential services these workers are providing.

iHeartMedia launched “First Responder Fridays” on April 17 to honor first responders and medical professionals on the front lines of the pandemic. The four-week tribute series, hosted by personality Ryan Seacrest, aired on 90 radio stations across the country and featured a weekly 30-minute concert series with superstar artists to help raise funds for organizations assisting those on the front lines.

As part of its ongoing Community of Caring public service campaign, Beasley Media Group Boston is raising money to support the needs of healthcare workers on the front lines of the coronavirus crisis. Funds raised through the Healthcare Heroes initiative will support the Massachusetts General Hospital Emergency Response Fund. Donations will be used to provide healthcare workers with medical supplies, transportation assistance, dependent care, temporary housing resources and more to make sure they can stay healthy and safe during the COVID-19 pandemic.

WJXT-TV Jacksonville, Fla., launched "Food4Frontline," a community-wide effort to help both frontline workers and local restaurants impacted by the COVID-19 pandemic. “We’ve been telling the stories of doctors, nurses, EMT workers and other first responders who are so busy caring for others they don’t have time to think about eating,” said Vice President and General Manager Bob Ellis. “This is our opportunity to coordinate a meaningful effort to take care of them. To do this and also help local restaurants in the process is our way of living out our mission as Jacksonville’s only truly local television station in these unprecedented times.”

WGHB High Point, N.C., is spotlighting healthcare workers and other frontline heroes who are making sacrifices to keep their community healthy, safe and nourished during the crisis. The station is asking viewers to tell them about the heroes they encounter every day. Submissions are then read on air and posted to the station’s website.

Television and radio stations in New Jersey, New York and Philadelphia broadcast a “Jersey 4 Jersey” concert on April 22 to support the New Jersey Pandemic Relief Fund. The concert featured A-list celebrities who are current and former New Jersey residents including Jon Bon Jovi, Tony Bennett, Jon Stewart and Bruce Springsteen. The broadcast also paid tribute to the efforts of healthcare workers in the state and included information about how to stop the spread of the disease.

Lansing’s WILX partnered with the PFCU local credit union to launch the “Feed the Frontlines” initiative to show their appreciation for frontline workers with meals from local restaurants and grocers. The station and credit union donated the first $2,000 and encouraged viewers to add their support. The campaign raised nearly $10,000 within the first few days and all donations will go to feed frontline workers at Michigan hospitals and support local restaurants and grocery stores.

WAAY-TV Huntsville, Ala., raised nearly $670,000 in a two-week long coronavirus relief fund effort to support frontline workers and nonprofits dealing with the COVID-19 pandemic. The funds raised exceeded the original goal. “When we set a public goal of $500,000, we were all nervous,” said WAAY-TV General Manager Paul Dughi. “Huntsville's corporate community came through, including $105,000 from Toyota and $100,000 from Facebook.” The station hosted a half-hour special to thank the community and show viewers where the dollars are going, including grasswroots efforts to feed children, newly homeless families and PPEs for health care workers. Some of the grants that have already been awarded through this fundraising effort are listed here.