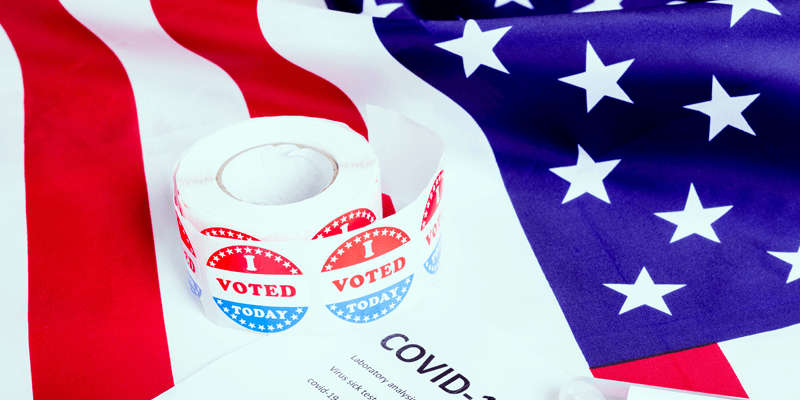 Today is National Voter Registration Day and local radio and TV stations are ensuring their listeners and viewers are #VoteReady. As voter registration has been impacted by the COVID-19 pandemic, broadcasters play a critical role in helping Americans understand the importance of participating in our democracy. Local radio and television stations’ commitment to driving civic participation has a powerful impact on informing and motivating citizens to vote. And as bastions of the First Amendment, broadcasters are dedicated to keeping their communities informed about the issues that impact them.

Broadcasters Run Voter Education Spots to Get Out the Vote

On August 3, NAB launched voter education public service announcements produced in partnership with the League of Women Voters to help stations encourage their communities to exercise their right to vote. From August 3 – September 17, TV and radio stations across the country have aired the PSAs 27,551 times for an estimated ad value of $3,628,229.

iHeartMedia's "Why I'm Voting" campaign urges listeners to share their reasons for voting in local, state and national elections. Through Election Day, iHeartMedia asks listeners to record their own 20 second or less audio or video message with their answer to the question: "Why am I voting?" iHeartMedia is sharing many of these clips across its 850 broadcast radio stations, podcasts and social media platforms.

“Since it was launched last February in Sacramento, ‘“Inside California Politics”’ has developed a loyal following and provided local viewers with up-to-the-minute reporting and a fresh perspective on national, state and local political issues,” said Tim Busch, president of Nexstar Broadcasting. “Expanding this programming to all of the state’s other major markets is another demonstration of Nexstar’s commitment to providing innovative and impactful local content to the communities we serve.”

Univision Communications continues Vota Conmigo (Vote With Me), the non-partisan multi-platform campaign aimed at motivating every eligible Hispanic citizen to register and cast their vote. Due to the COVID-19 pandemic, Vota Conmigo focuses on digital voter registration tools and regional vote-by-mail options as the 2020 presidential election draws closer. Univision also emphasizes the importance of these options through a series of Vota Conmigo PSAs, virtual phone banks, town halls and special programming on Univision’s networks, local television and radio stations and digital properties dedicated to emphasizing the importance of making every voice count.

Mainstream Media’s WHTP-FM Portland, Maine, hosted a conversation with Maine Secretary of State Matthew Dunlap on August 13. The conversation, which aired statewide on Maine Stream Media’s three stations, covered the importance of voting, how to register (including deadlines) and absentee voting. The conversation follows a previous discussion with Maine’s Democrat nominee for Senate, Sara Gideon. These initiatives are part of the Hot Radio Maine “Your Vote Matters” campaign that encourages listeners to vote, particularly young people.

The Montana Broadcasters Association sponsored an hour-long televised debate featuring candidates for U.S. Senate on August 8. Incumbent GOP Sen. Steve Daines and Democratic challenger Gov. Steve Bullock faced off in what some labeled as "The battle of the Steves." The debate aired on CBS stations KXLH and KRTV in Helena and Great Falls and on NBC stations KTGF and KTVH.