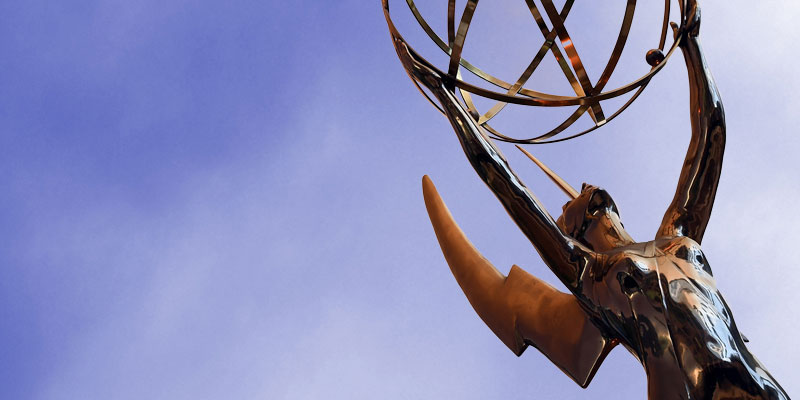 
In a six-month period, a Phoenix-based nonprofit, Advocates for Individuals with Disabilities (AID), filed more than 1,700 lawsuits against local businesses, claiming their parking lots did not comply with the requirements laid out in the Americans with Disabilities Act (ADA).

An in-depth investigation by ABC15, though, uncovered AID wasn’t necessarily acting altruistically as it filed suit after suit. Instead, the group was looking for a profit. It sued businesses for having signs just inches out of place, demanding thousands of dollars in settlements for a fix that cost just $50 to make. The controversial strategy raised at least a million dollars for the organization.

“Winning the Emmy was a huge honor, but seeing a group that’s giving the American with Disabilities Act a bad name shut down, that’s a great feeling for me and my team,” said David Biscobing, one of the ABC15 reporters who led the investigation.

The ADA is landmark federal legislation that prohibits discrimination against people with disabilities and requires businesses to guarantee their facilities are accessible. It mandates, for example, that parking lots have a certain number of clearly marked handicapped spots.

While the intent of the law is admirable, AID exploited it, hiring people off of Craigslist to go and scour parking lots for even the tiniest infractions. If they found a sign out of place by a few inches or slightly peeling paint on a handicapped parking spot, the group would send a letter demanding a three- to seven-thousand-dollar settlement or face an expensive lawsuit. Notably, people with disabilities didn’t even visit the businesses that AID sued.

Multiple disability advocates told Biscobing that these sorts of high-frequency lawsuits undermine the purpose of the ADA.

“It was clear to me this was just a gross misuse of a very important civil rights law. This was a front for a money-making operation,” Biscobing said.

Biscobing pointed to AID’s own parking lot as proof that the organization wasn’t truly concerned about supporting people with disabilities. AID’s parking lot was filled with violations of the ADA, the same infractions they were suing other businesses over.

Following the station’s report, the Arizona attorney general stepped in and ultimately was able to get a judge to dismiss 1,200 of the organization’s lawsuits. Biscobing said a number of local businesses have now upgraded their parking lots to ensure they are in compliance with the ADA.

“The station’s commitment to ask the hard questions and affect change that benefits the citizens of Arizona is unparalleled. The incredible journalism at ABC15 has resulted in a more fair community that protects the rights of Americans with disabilities,” said Brian Lawlor, Scripps’ president of Local Media.

The other Emmy nominees for regional investigative reports similarly helped spark change in their communities: