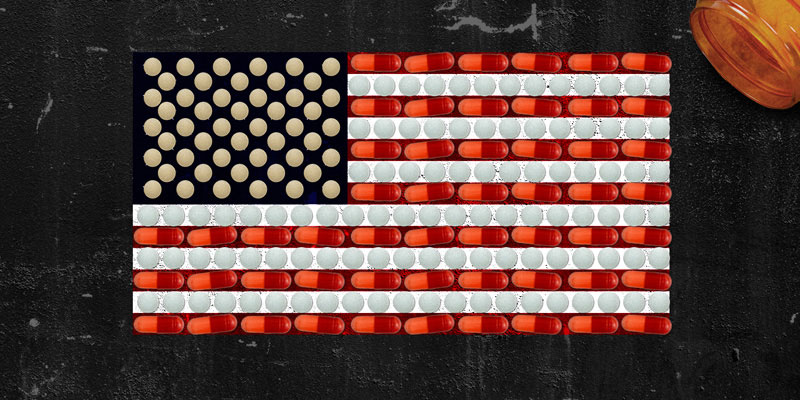 The States of Addiction

An in-depth series from Hearst Television explores the opioid epidemic from a local — and national — perspective.

Throughout 2017, Hearst Television stations explored the effects of the opioid epidemic on communities across the country as part of the “State of Addiction” initiative. The initiative combined local and national resources, to give viewers a sense of the severity of the crisis. Many Hearst TV stations ran multiple stories each month exploring the epidemic and its effects on communities and to identify outreach efforts to connect people in need with resources to help. We spoke with Barbara Maushard, senior vice president of news at Hearst Television about the background of the initiative and the impact it had.

How did the idea for State of Addiction come about?
Our stations in the Northeast were reporting on opioid addiction, heroin issues and overdoses for years, but I don’t think we realized the extent of the problem nationwide. We started to realize this was a widespread epidemic, with overdoses happening in all of our markets.

And then, a member of our own corporate team lost his son to an opioid addiction. That was eye opening. It touched us directly. We really started to think about what we could do to help bring about solutions.

As a group of television stations, we reach 19% of Americans. We decided to use our size to help spark a conversation about the epidemic instead of having it hide in the shadows. While we encouraged our stations to produce two stories a month examining the abuse in their regions, most produced stories weekly, some even daily. Everyone embraced the effort and was eager to make a difference.

What kinds of stories did stations produce?
It really varied from station to station and market to market. Everything was locally driven. There were many stories of struggle and loss, but also stories of hope and help.

We did produce bigger special reports that brought stations together. For example, one of our special reports was on the cost of Narcan, a medication that can reverse an overdose. Our station in Pittsburgh took the lead and worked with stations in other states to explore the different costs of the lifesaving drug.

And our stations did local investigations. WCVB in Boston did a great story on the ways drug dealers use multiple identities to stay hidden.

Were you able to share those local stories with a national audience?
Yes. We did that in two key ways, a national special and an interactive digital experience. Matter of Fact host, Soledad O’Brien hosted a live national special, broadcast to all our stations, on the opioid crisis that highlighted some of the best local reporting. And our digital team used stories from all over Hearst to develop a special interactive tool that informs viewers and helps point people to resources.

Our dual national and local approach to this story let us show how widespread the epidemic is. This isn’t something facing one city or state, it’s a national problem.

We partnered with the Wahlberg Foundation in Manchester, New Hampshire, amongst many others, and held a big town hall, which we streamed across the state reaching 8,000 high school students. When it was announced that we were holding drug take-back days with the Drug Enforcement Agency we saw a huge response. We had people calling us to ask, “Where can I go?” and even had somebody call us and tell us she didn’t know she was addicted until she watched our stories.

The resources may have been there, but people didn’t know where. And their local station, that they had a connection with, provided them that resource versus having to go search for that information themselves. And, we’ll continue to provide information as the crisis is far from over.