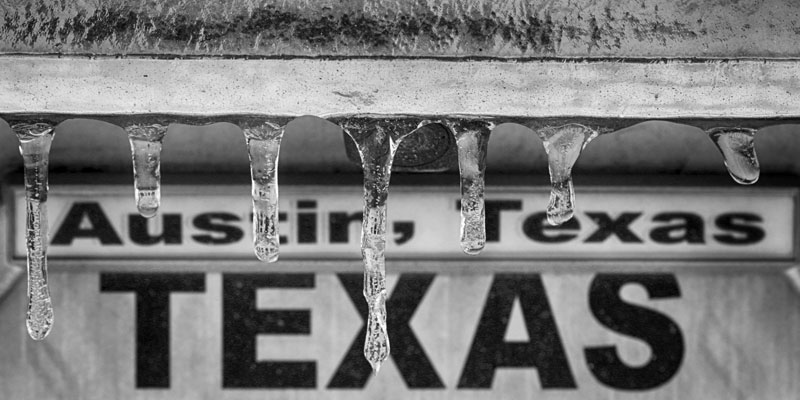 Severe winter weather and freezing temperatures blanketed much of Texas starting on February 11 with the first of several ice and snow events across the state. Local television and radio broadcasters covered the winter storms while also dealing with the hazardous conditions themselves, detailing the aftermath and providing critical information for struggling residents.

The employees at Fox-owned KTBC Austin, Texas, who were also dealing with no power or water, stayed in hotel rooms or at the station to continue providing news coverage to viewers. KTBC booked 15 hotel rooms and the engineering, operations and news departments had eight employees stay overnight at the station February 15-19, using the station’s emergency supply of bottled water and Meals Ready-To-Eat (MREs). Despite the conditions inside and outside of the facility, KTBC produced nine hours of news per day, along with five-minute news updates every 30 minutes between newscasts. They also carried three live press conferences daily on air and on social media. In between newscasts, the news teams shared the latest information in real time on social media.

Graham Media Group’s KSAT-TV San Antonio, Texas, highlighted on March 3 the estimated $605 million in agricultural losses due to the winter storm. According to Texas A&M AgriLife Extension Service, the figure includes losses to the livestock and poultry industries, the cost of keeping animals warm and the animals that died due to the cold. Dr. David Anderson, the education agency’s livestock economist, said that cattle needed to eat in order to create the energy to stay warm. “More hay was put out, more feed put out, and (there is) more cost because of that,” Anderson said. He added that even though the losses will be costly to cattle and poultry producers, because Texas also has out-of-state suppliers, “oftentimes, storms like this cause some short-term market turmoil but really don’t result in higher prices for consumers at the grocery store.”

TEGNA Senior Vice President Brad Ramsey, president and general manager at ABC affiliate WFAA Dallas, Texas, spoke with TVSpy on Feb. 22 about their preparation for the winter weather. As senior vice president, Ramsey also oversees stations in 11 Texas markets. TEGNA stations cover 87% of households in the state and the station group has nearly 1,200 employees across Texas. “We knew in the middle of last week that this was going to be a historic Texas storm, and we were largely prepared for the storm itself. Our stations started booking hotel rooms last Friday and Saturday, for what we knew would be extended hotel stays near our stations,” said Ramsey. “What we were not prepared for, and what the entire state of Texas was not prepared for, was the rolling blackouts not rolling. It became clear Monday afternoon that they were simply blackouts. I would estimate that more than half of our 1,200 employees in Texas were without power at some point Monday and/or Tuesday, and a notable portion of them for 24-36 hours straight, or more…that’s when we realized we had more of a humanitarian crisis than a weather crisis.”

Ramsey discussed the storm prep meetings held at stations across the state, many of them including the chief meteorologists, and the effort to shift resources to digital content in anticipation of power outages. “On Tuesday, at the height of the power outages, we had nearly 4 million visitors to our websites across Texas. I think at least part of our success can be attributed to focusing just as much on the written word as we did on video, knowing that cell service was jammed in a lot of places and for many consumers it was easier to access text than video.” Ramsey said their top priority is keeping people safe in times of crisis, especially when it comes to their employees. “I tell our teams in times like this that no soundbite, no piece of video, no story is more important than their own well-being. If our people aren’t fed, warm and safe they can’t do their jobs. We were more so in the people business than the media business this week.”

Entercom Communications Corporation’s radio stations in Texas fought to stay on the air amid power outages due to the winter storm. At KRLD-FM Dallas, Brand Manager Gavin Spittle scrambled to relocate studio equipment and connect it into power generators on different floors of the station building. George Lindsey, morning show host at KILT-FM Houston, lost power at his home and stayed at the studio with his wife, working together to provide critical news and answer listener calls. Ten other employees joined Lindsey at the station for several nights, maintaining COVID-19 protocols and relying on the 1,000 gallons of diesel fuel for the generators. Entercom's four stations in Austin, including KKMJ-FM and KAMX-FM, endured power outages when transmitters lost power and needed to switch to backup generators, leading to five or six 30-second bursts of dead air. The morning show at KAMX-FM often shifted focus from its normal entertainment news format to providing critical emergency information. “Our show is very entertainment-based, very relationship-driven. We reined back quite a few segments and focused more on what was happening,” said co-host Brad Booker. “Radio is still the number one way of getting content.”

CBS-owned KTVT Fort Worth, Texas, warned their viewers on March 1 against hiring unlicensed contractors to clean up the damage to their homes after the winter storm. Due to the disaster declaration issued by Texas Governor Greg Abbott, out-of-state and unlicensed contractors can obtain temporary registration and perform work on storm-damaged properties in the state. KTVT spoke with Mold Inspection Sciences Texas about the dangers of hiring unlicensed or unqualified contractors to handle mold assessment, remediation and material removal due to burst pipes. “We’ve seen this happen before,” said Mold Inspection Sciences Texas Chief Operating Officer Mike Marshall. “Six, eight, 12 months down the road, state-licensed mold assessors and remediators come back to find ‘fixed’ properties worse off than they were from the initial damage.”

Nexstar Media Group’s NBC affiliate KXAN-TV Austin, Texas, investigated on February 19 viewer concerns about high electricity bills in the aftermath of the winter storms. Some viewers who just got their lights back on were already seeing warnings about high electricity bills even during the outages, and those who never lost power braced themselves for bills hundreds of dollars higher than normal. Investigative reporter Avery Travis reported on the different electric company providers and rate plans available to Texans, the difference between wholesale prices and retail prices and how energy consumption in the days before the storm and during peak times could also affect customers’ electric bills.

North Texas Public Broadcasting’s KERA-FM Dallas, Texas, reported on February 25 about a program passed by the city council that will grant low-income Dallas residents up to $10,000 per household to repair home damage caused by the winter storm. The total funding available is $2 million, and eligible recipients must be homeowners within the city of Dallas and have experienced damage to their homes since February 11 when freezing temperatures occurred. Recipients must also earn at or below 80% of the area median income, which is about $60,000 for a household of four, according to the city. There is also lingering concern about raising awareness about the program for homeowners who do not have internet access. “My concern is that it is going to be very difficult to share this with equity,” council member Tennell Atkins said.

University of Houston’s Houston Public Media reported on February 26 on those in the Houston area who were still without water a week after the winter storm. Some in Houston’s Fifth Ward still had burst water pipes in their homes that had not been fixed, forcing them to rely on borrowed water and bottled water to bathe, cook, drink, wash dishes, flush the toilet and brush teeth. After the storm that left more than 8 million under a boil water advisory, some communities had not been able to bounce back as quickly even when the notice was lifted, highlighting racial inequities. Volunteer Amatullah Contractor helped coordinate a food and water drive on February 25 in the historically Black neighborhood after seeing the extraordinary need when she dropped off a few cases of water earlier in the week. “People just started coming out of their homes because they saw people were gathering around me and they saw that I was holding a water case and they were like, ‘Hey, can we get a case, can we get a case, can we get some water,’” Contractor said. “And it was just like the worst feeling because I only had three cases in my car.”