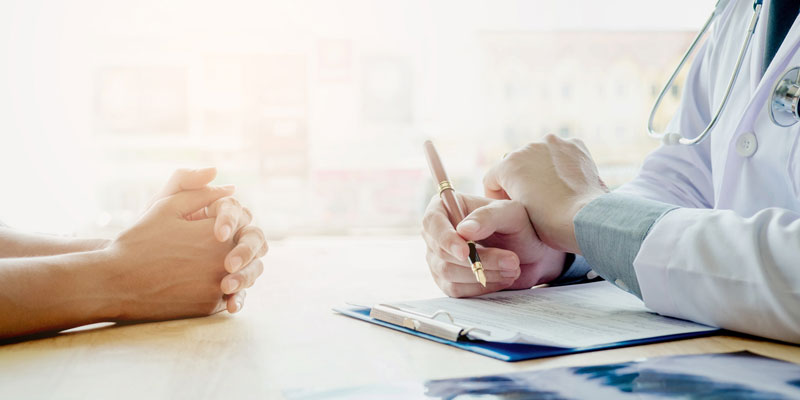 Reporters across the country are diving into our nation’s health care system, exposing dangerous conditions in ambulances and hospitals and providing support to those facing medical crises.

Reporters at Sunbeam Television’s 7News in Massachusetts found that dozens of ambulances have been taken off the streets due to health and safety concerns. Hundreds of pages of state inspection reports revealed issues both in and outside of the vehicles. Among the damage was a stethoscope held together electrical tape, a rear door that wouldn’t stay closed and blood on an ambulance wall and equipment.

Over the course of a year, inspectors stopped 44 ambulances from getting on the road until their issues were addressed. Even some fire trucks that can double as ambulances are facing similar problems.

“People’s lives depend on these ambulances, and we want to make absolutely sure we’re doing everything we possibly can,” Mark Tetreault, fire chief of the Lynnfield Fire Department, told the station.

Broadcasters at Sinclair’s WLUK investigated the reasons behind longer wait times for treatment in Wisconsin hospitals and found that the current doctor shortage is to blame. Rural communities, where 29 percent of the population lives, have been hit hardest as only 13 percent of physicians in the entire state practice there.

“Currently 26 of our counties in Wisconsin do not have an OB-GYN and other counties might only have one or two,” Jody Silva, program director of UW School of Medicine and Public Health’s Rural Residency Program, told FOX 11.

The shortage is projected to swell to 4,000 doctors by 2035 in Wisconsin alone. And as reporters continued to dig, they found that federal funding for more medical residents in Wisconsin has reached its limit. Local colleges and health care institutions are now working together to encourage more doctors to practice in rural communities.

Following an investigation by Fox‘s KTVU into dangerous conditions at John George Psychiatric Hospital in San Leandro, California, the hospital director resigned and the state launched an investigation into reports of violence at the facility.

The station used hidden cameras to expose patients crying out for help and sleeping and eating on the floor.

Staff members who worked in the emergency services facility anonymously told KTVU that conditions were “inhumane” and befitting “a third world country.”

“I just can’t say enough to say how scary this place was,” said one woman who had gone to John George to be treated for depression.

KIRO7 and Jesse Jones to the Rescue

In Western Washington state, local broadcasters gave 1,000 residents the chance of a lifetime by paying off their medical debts totaling $1.1 million. Nationwide, 40 percent of Americans have medical debt and 19 percent are currently in the throes of collections.

After hearing so many personal stories from members of their community who were struggling with medical debt and who had to make life and death decisions based on whether or not they could afford it, KIRO7 stepped in.

Working with New York company RIP Medical Debt, the station purchased one million dollars worth of medical debt for viewers in the region.

Inspired by the station’s actions, local viewers donated $40,000 to a special fund KIRO set up to purchase medical debt. Their donations helped KIRO eliminate more than $5 million in medical debt for people in Western Washington.

These are just a few stories of how local broadcasters are serving their communities by digging deep to uncover fraud, abuse and serious problems facing area citizens. Local radio and TV stations are integral parts of the communities they serve, providing them with a unique perspective on issues impacting towns and cities across the U.S.