The Story Behind the Story 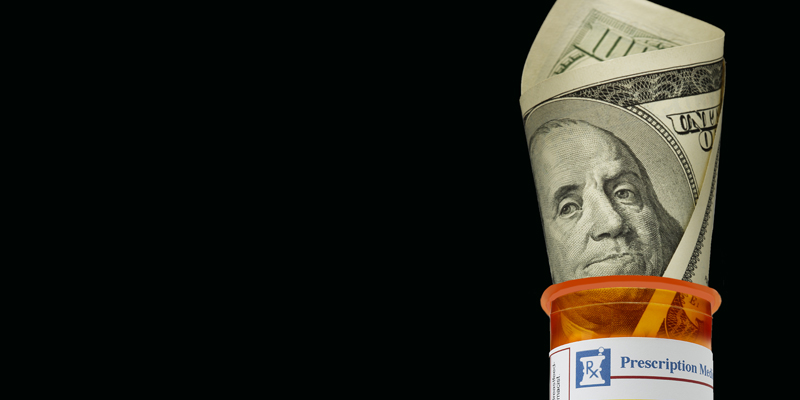 For over a year, broadcast TV group Raycom’s four-person investigative team, led by Lee Zurik, sifted through reams of data and conducted countless interviews. They had a single mission: to identify the nation’s most prolific opioid prescribers.

The result of their steadfast reporting was “Licensed to Pill,” a six-part docu-series on the consequences of opioid over-prescription, the health care providers prescribing the drugs and their financial relationship with the pharmaceutical companies that produce opioids. Their series had lasting consequences, including a federal response where agents raided a doctor’s office and two more doctors were indicted for accepting kickbacks from opioid manufacturers.

Throughout August, a one-hour special based on the series is airing on Raycom TV station’s nationwide. It can also be viewed on Raycom’s Investigate TV.

We talked with Zurik, Raycom’s director of Investigations, about the reporting process and the real-world effects of the series.

Obviously, the opioid crisis is a huge story and many journalists have done a great job covering it. But no one had taken an in-depth look at doctors who were prescribing them at high rates. We decided to fill that gap.

We started by crunching three years of federal data that details who is prescribing what to Medicare patients. It was so much data — our computers could barely handle some of it. From that analysis, we were able to identify who the top prescribers were, what pills they were dispensing and how many. It became the foundation for “License to Pill.”

What stories did you uncover in the data?

The data pointed us to Mark Murphy, a doctor in Tennessee, who was the highest prescriber of opioids in the Medicare Part D program between 2013 and 2015. In just three years, he wrote more than 70,000 opioid prescriptions to just 3,200 Medicare patients. He was the focus of our first story.

We also used the data to find people who were prescribing a high number of opioids per day for their patients. We found some doctors that were prescribing patients enough opioids to last them 700 days for a 365-day period.

And, we used a second federal data set to identify doctors who had taken payments from opioid manufacturers, in exchange for widely prescribing Subsys, a highly addictive nasal spray that’s intended for cancer patients. We did a set of stories relying on that data as well.

Was there a moment when you realized the gravity of what you found?

Yes, when we went to Tennessee to track down Mark Murphy. We interviewed the police chief there who told us Murphy’s office was clearly a pill mill. And then, people at the office were yelling at us to get away. That was the moment where it felt real.

His office was actually raided after our story aired.

Do you think the raid was a result of your reporting?

It definitely made a difference. One law enforcement officer told us that our data analysis gave him a new roadmap to investigate doctors.

And, there were other consequences of our reporting. Two doctors in New York were indicted after our investigation found they prescribed Subys in return for kickbacks and bribes from its manufacturer.

What did seeing the real-world effects of your reporting feel like?

It was really rewarding. Anytime you see things that you report on where there’s some sort of action taken it shows that your reporting makes a difference and gets the attention of people.

We invest — and it’s a serious investment — in this sort of reporting because we want to provide a real service to our viewers and produce quality journalism. “License to Pill” is a great example of taking that mission seriously and not necessarily caring about what it does to your bottom line but caring about producing quality journalism that is important for your viewers.