KSL-AM Responds to Mine Collapse 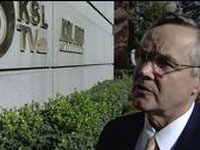 When a mine collapsed in Crandall Canyon tragically taking the life of six miners and, ultimately, three rescue workers, KSL-AM in Salt Lake City, Utah, quickly responded to keep the community informed. Breaking news began on August 6, 2007, and went wall-to-wall through the evening. Reporters from both KSL radio and its sister television station were on the scene interviewing the mayor and emergency responders. The station also shuffled reporters to hospitals in Salt Lake City, as speculation grew on where potential survivors might be flown. As the crisis unfolded, station staff volunteered to work seven-day weeks, allowing for dozens of hours of special news programming, coverage of numerous news conferences during the search effort and nearly 80 additional newscasts. KSL staff continued to report from Emery County for weeks after the tragedy. KSL was a National Association of Broadcasters Crystal Award Finalist in 2008.