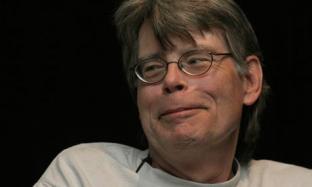 The Zone Corporations Maine-based stations, WZON-AM, WKIT-FM and WZON-FM, owned by Stephen and Tabitha King, raised $241,820 for the Help Keep ME Warm This Winter campaign, shattering the original goal of $140,000. Fundraising efforts began after the U.S. Department of Health and Human Services notified Maine Housing to expect $23 million in heating assistance funds this winter, down from $55.6 million last year.

As part of the fundraising effort, morning show host Pat LaMarche spent a week living in a small wooden shed outside the studio in November to raise awareness. In early December, the Lerner Foundation gave $46,000 toward the cause and listeners donated $24,000.

King had agreed to match up to $70,000 in donations, but that changed when an anonymous donor from California called to donate $50,000, with the condition that King do the same, to which King agreed. Tabby and I are grateful to everybody who worked to provide heat to people in our area who have come up short, King said. Hopefully next year there will be less need and more help from the state and local governments.