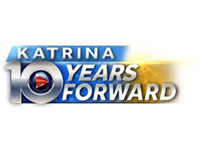 The 10-year anniversary of Hurricane Katrina on Aug. 29 served as a reminder of the unique and vital role broadcasters play in times of emergencies. Many stations commemorated the anniversary with special programs. The Houston Chronicle and Britains BBC praised WWL-AM for staying on-air throughout the storm. Radio World provided technical details on how WWL-AM accomplished this. In reflecting on Katrina, iHeartMedias Bob Murphy told Inside Radio, At that point, music, ratings and dollars are out the window. You realize how important your role is in the community. There is one focus: to serve the people that are depending on you.