WAVE Launches Taking Back Your Streets 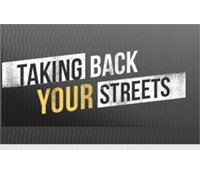 Raycoms NBC affiliate WAVE Louisville will host a community event later this month as part of Taking Back Your Streets, an on-air and online initiative to address the areas growing violent crime problem. WAVE dedicated its 7:30 p.m. newscast on August 31 to a special program that launched the campaign. Taking Back Your Streets investigates reasons for the increase in violence, uses former police officers as safety experts to inform viewers about how to protect themselves and highlights successful tools to effect change. In the first nine months of 2016, Louisville had more than 80 murders.