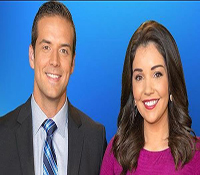 Graham Media Groups CBS affiliate WKMG-TV Orlando anchor Matt Austin suffered a severe concussion and required 10 staples in his head last month after his car was totaled by a driver who was texting. On the 11 p.m. news on October 17, Austin issued a call to action about texting and driving, in the hopes of inspiring change to laws that he considers to be lenient. Austin reported that the driver did not receive a ticket because the officer did not see that the other driver was texting.