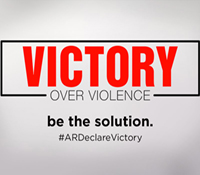 The campaigns goal is to cover crime in a responsible manner and to be a resource for issues including education, jobs, mentoring and hunger. We decided we needed to be part of the solution, said KARK News Director Austin Kellerman.