WSAW and WZAW Help Raise $331,285 for Families of Shooting Victims 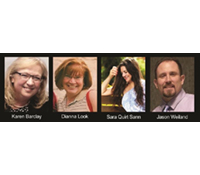 Gray Televisions CBS affiliate WSAW-TV and Fox affiliate WZAW-TV Wausau, Wis., raised $331,000 for the families of the victims of a deadly shooting in the Wausau community. On March 22, 2017 four people lost their lives in three separate but connected shootings in three local communities. Central Wisconsin Media Partners and River Valley Bank organized Victims Family Fund the day after the deadly shootings. WSAQ-TV and WZAW-TV provided public service announcements and WZAW dedicated time in their newscasts to remind viewers how they can help support the Victims Family Fund. The campaign, originally slated to run from March 23 - April 30, was extended an extra month thanks to an influx of contributions. All money was given directly to help the surviving families of the four victims.