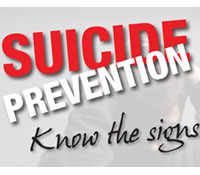 Radio and Television stations across Montana have dedicated significant airtime to a public service announcement (PSA) campaign to prevent suicide. Dewey Bruce, president and CEO of the Montana Broadcasters Association received a report from Karl Rossten with DPHHS Suicide Prevention Program Montana Department of Public Health & Human Services on the impact of the campaign:

"We recently received a report from the Crisis Text Line, where we have seen a significant jump in the number of conversations and active rescues from 2016 to 2017. In 2016, there were 291 conversations, 212 texts, and 3 active rescues. In 2017, that number jumped to 540 conversations, 446 texts, and 11 active rescues. So, in terms of the text line, we have to think that the current PSAs have played a role in getting the message out there and shows that people are using this tool. Also, you can add to the info the number of calls related to suicide that went to the Suicide Prevention Lifeline have also gone up by 39% from 2016 to 2017. So, more calls going there as well."