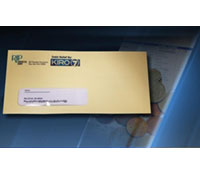 Cox Media Groups CBS affiliate KIRO-TV Seattle relieved $1 million in viewers medical debt following consumer Advocate Jesse Jones investigation into the medical debt collection system. Medical debt is the top cause of bankruptcy in the U.S., with 19 percent of Americans in collections. KIRO-TV and Jones then worked with RIP Medical Debt to purchase $1 million worth of medical debt for $12,000.

More than 1,000 viewers received a letter informing them that their debt was paid. The original segment on February 5 received an extraordinary response by viewers wanting to help. As a result, KIRO-TV is seeking a platform to allow viewers to donate toward helping others pay off medical debt.

I am a cancer survivor who has survived medical debt, said Jones. Ive been on payment plans. I also have a job and insurance, but there are others out there not as fortunate as I am. Its important to me to share their stories and make a difference.

We are proud to support Jesses commitment to consumer advocacy and our entire news staff will continue to deliver in-depth and investigative reporting to help our viewers stay informed about major stories that impact their lives, said Vice President and General Manager Greg Bilte.