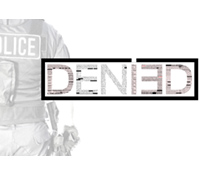 Nexstars NBC affiliate KXAN-TV Austin produced a five-part investigative series, Denied, on a loophole in Texas law allowing police to withhold crucial information when a person dies in custody. KXAN began investigating after a police department denied KXAN reporters access to video captured during a high-profile in-custody death. KXANs series features interviews with families and explores the efforts to close the legal loophole without hindering active police investigations. Denied launched April 22 on Facebook and KXAN.com and broadcast on KXAN at 10 p.m. on April 26 and 27.