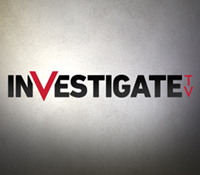 Raycom Media recently launched an OTT app, InvestigateTV, that is currently available on Roku and will be released to other digital streaming services soon. The app showcases longer-form reporting from Raycom Media and partners, including ProPublica, News21 at Arizona State Universitys Cronkite School of Journalism, and NerdWallet. The John S. and James L. Knight Foundation invested $188,000 into Pulitzer Prize-winning non-profit ProPublicas collaboration on InvestigateTV.

We know viewers are interested in meaningful investigations that dig deeper into issues they face in their everyday lives, said Raycom President and CEO Pat LaPlatney. We are thrilled to offer InvestigateTV, a place to highlight the tremendous efforts of our Raycom Media National Investigative Unit and our outstanding content partners. This gives us the ability to aggregate investigative materials, including stories that our local stations generate. Then it is bundled into one, easy, on-demand viewing experience.