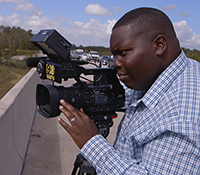 Raycom Medias InvestigateTV has released Killing Pavel, a documentary on investigative journalist Pavel Sheremet, who was killed in a car bombing two years ago. Sheremet was critical of authoritarian leadership in Belarus, Ukraine and Russia. The Organized Crime and Corruption Reporting Project (OCCRP) and Ukranian investigative unit Slidstvo.Info explored Sheremets death. They used surveillance video and forensic analysis to find new witnesses and uncover additional details, which were included in the award-winning documentary Killing Pavel.