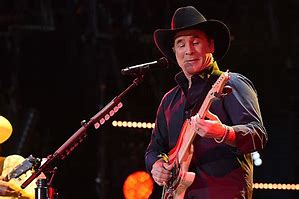 Legend Communications Big Horn Radio Network in Cody, Wy. hosted a concert by country artists Clint Black, Craig Campbell and Carin Mari on June 27 that honored the 100th Anniversary of the Buffalo Bill Stampede. An auction at the concert raised $45,000 and included an autographed guitar and cowboy hats signed by the three artists, a replica Henry Sharpshooter rifle and some Cody 100th Anniversary Belt buckles. Larry and Susan Patrick, owners of Legend Communications, matched all proceeds to make a $90,000 total contribution to St. Jude. Over 7,500 people attended the outdoor concert, which was free with donations for St. Jude Childrens Research Hospital in Memphis.