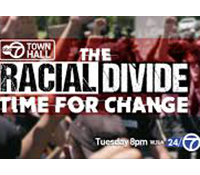 We believe its vital to bring community leaders from different backgrounds together in an honest, open forum to discuss these important and sensitive issues facing our communities and share ideas in a productive conversation, said Vice President and General Manager Michael Miller.