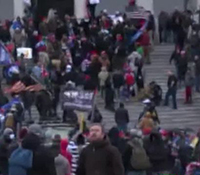 Hearst Televisions NBC affiliate KCRA-TV Sacramento investigated the insurrection at the Capitol and conducted interviews with Congress to inform their coverage of the event. Following the attack at the U.S. Capitol, broadcasters spoke with U.S. Reps. John Garamendi, Josh Harder and Ami Bera, who jointly represent the viewing area. The stations unbiased reporting also featured statements from all other Members of Congress who represent California.

During the interviews, the Congresspeople offered a first-hand account of the day and offered context and comfort to address misinformation being spread about the attack.