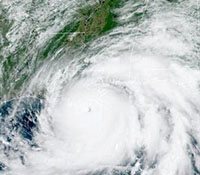 Audacys WFAN AM/FM New York City Moose and Maggie show broke the story on September 2 of the rescue of Yankees broadcaster John Sterling from his flooded car by fellow broadcaster Rickie Ricardo due to Hurricane Ida. Ricardo, who is the Spanish broadcast voice of the Yankees, was on his way home from the stadium when he received a call from a colleague about Sterling stuck in his car on a flooded street. Ricardo slowly made his way to where Sterling was on River Road in Edgewater after finally connecting on the phone due to spotty cell service and helped Sterling get out of the flooded car, wade through the water and into his car. It took about another hour to go half a mile to get to Sterlings home and then an hour after that for Ricardo to make it to his home a mile away, but both were safe after the ordeal.