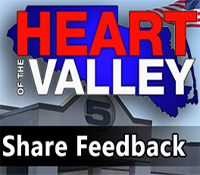 Manship Stations ABC affiliate KRGV-TV Weslaco, Tx. dedicated its full resources to address the impact of diabetes during its two-week "Heart of the Valley" initiative, which aired from March 28 - April 10. KRGV aired 23 stories at 6 p.m. and 10 p.m., examining the roots of the diabetes epidemic and how to address it. All reports also aired in Spanish and are available online in both languages. KRGV hosted 10 hour-long Facebook Livestream sessions with a local doctor or expert addressing different aspects of diabetes and answering questions. The Facebook sessions reached 56,000 people and generated 1,000 comments, 2,300 reactions and 300 shares. During the two-week initiative, 6,500 free diabetes screenings were completed. Viewers shared that "the stories empowered them to speak out for their own health and realize they arent alone in battling the disease," said General Manager John Kittleman. "We are proud of the effort."