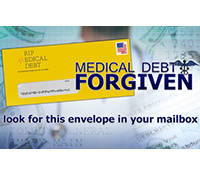 Cox Media Groups Fox affiliate KOKI-TV Tulsa partnered with RIP Medical Debt to eliminate $1.3 million worth of debt, thanks to a donation from Cox. Families received letters regarding debt elimination on November 23 and were invited to share their stories on KOKIs Medical Debt Forgiven series. KOKI launched another round of the campaign on November 28 to encourage viewers to donate to RIP Medical Debt. "Weve already made a million-dollar impact on Green Country medical debt, but this is just the beginning of the story, said News Director Tina Commodore.