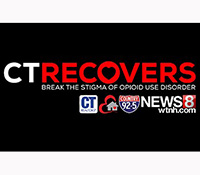 iHeart Media Connecticut and Nexstars ABC affiliate WTNH-TV Hartford partnered on a campaign to combat the states opioid crisis. The campaign included A Concert for Recovery, held November 17 and headlined by Keith Urban. Proceeds from the concert and from a text to donate campaign totaled more than $600,000.

This massive campaign across media shows what we can accomplish when we all come together to tackle a crisis that arises in our communities, said iHeart Hartford Region President Steve Honeycomb.